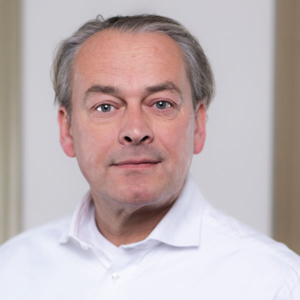 Jan ter Horst (1964) started his career with NautaDutilh in Amsterdam in 1991. He also worked from the branch office in New York. From 1995 through 2001, Jan practised as company lawyer at KLM and Mexx and became very familiar with the other side of the table. In 2002, he resumed practising as attorney-at-law, first at a small office from 2002-2003. As from 2004, he practiced with what is now Eversheds Sutherland in Rotterdam and Amsterdam. At this internationally operating firm, alongside his practice, Jan fulfilled the role of managing partner.

His work concentrates mainly on advising on mergers and acquisitions, management buy-outs, due diligence, private equity, joint ventures and other collaborations, disputes between shareholders and general contract law. Jan also acts as mediator.

Jan has entered the following areas of law in the register of the Netherlands Bar Association: