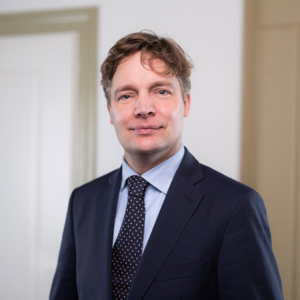 Max van Leyenhorst specialises in conducting civil proceedings both before arbitral tribunals and national courts. He acts for large and medium-sized companies, for Dutch governmental entities and for foreign states. The disputes handled by Max are often substantial and typically revolve around international contract law and/or business law. Max regularly sits as arbitrator in commercial disputes. He has experience in that capacity with the arbitration rules of inter alia the ICC, the Netherlands Arbitration Institute, UNUM (transport), the German Arbitration Institute (DIS) and UNCITRAL. In addition, Max has extensive experience of conducting legal proceedings on recognition and enforcement of foreign arbitral awards. Furthermore, he acts as counsel in disputes based on bilateral investment treaties (BITs). Max has a special interest in the subject of immunity from enforcement for states and sovereign entities.

In addition to conducting proceedings, Max advises on prevention and alternative resolution of disputes. Courtesy of his extensive litigation experience in complex disputes, he regularly advises parties how to prepare, at an early stage, for potential litigation or arbitration. A timely and thorough pre-litigation preparation may well have a decisive influence on the outcome of a dispute.

Clients appreciate Max’ professional expertise and his meticulous knowledge of the case file, which is combined with a dynamic work ethic.

Below are some of the cases in which Max has been involved of late: