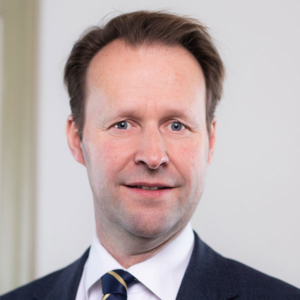 Otto de Witt Wijnen is specialised in insolvency law and restructuring. In the insolvency practice, he has been involved in large-scale and much discussed bankruptcies. He has also acted many times as trustee in bankruptcy. Courtesy of his experience as trustee, Otto is in the unique position of being precisely the advocate to represent the interests of entrepreneurs, creditors and other interested parties in (threatened) insolvency situations.

Otto quickly analyses complex situations and set actions in motion, especially also to prevent the entry into (threatening) bankruptcy of enterprises from escalating. In this he is decisive, taking into due consideration the often diverse interests which can play a role. As a specialist in insolvencies, he also applies his expertise by acting as advisor and counsel for enterprises which are facing financial difficulties.

Otto has a large international network of legal colleagues with proven track records in the bankruptcy practice and in other areas. He is therefore in the position to engage the right specialist in other countries in cross-border cases and to actively share knowledge of international law.

Otto has entered the following areas of law in the register of the Netherlands Bar Association: