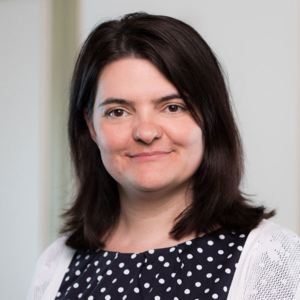 Tamara Novakovski is a committed lawyer with extensive knowledge and experience in liability law and compensation law. She mostly deals with large and complex cases in various fields involving liability, including government liability, regulators’ liability, directors’ liability and contractual liability. Within that context she frequently works together with colleagues in various areas of the law. In particular she takes an interest in the assessment and settlement of damage, as well as in issues involving causality, attribution and the furnishing of evidence.

You will be assured of quality work of a high legal standard, combined with a personal approach, tailored to your specific needs. Tamara’s ability to put herself in the position, and look after the interests, of all the parties involved makes her a very special lawyer. She provides matter-of-fact advice and offers creative solutions for complicated problems. As a result many cases can be settled out of court, but when litigation is inevitable, Tamara makes the difference with her critical eye, her keen analyses and her strategic knowledge of procedural law.

Before she joined Legaltree, Tamara Novakovski worked for the law firm of Pels Rijcken & Droogleever Fortuijn for more than 11 years, where she started as a trainee with a general civil-law advisory and litigation practice in the Civil-Law practice group. Throughout the years she has developed into an expert in the field of procedural law and has further specialized in liability law and compensation law. Among her clients are not only several ministerial departments and local authorities, or quasi-authorities, but also insurance companies and businesses, including listed companies.

Tamara has entered the following areas of law in the register of the Netherlands Bar Association: