You are here: Home1 / food law

Legaltree lawyer Irene Verheijen appointed as the new president of the European Food Law Association (EFLA) in Brussels. On 1 October she was chosen as chair by the members for the coming two years.

EFLA helps food law specialists keep a close eye on all the developments within their area of expertise. According to Irene Verheijen: ‘The food industry is legally complex, not only because it is one of the most regulated sectors in the European Union, but also because technological developments are taking place at breakneck speed. We are regularly faced with new or amended legislative texts.’

Irene is pleased and filled with pride that in her capacity as president of EFLA she will be able to make an active contribution to the development of food law: ‘As EFLA president I share my views about laws and regulations with others from a legal and scientific point of view. To that end we maintain external contacts, for example with the European Commission. In addition it is EFLA’s duty to ensure a good exchange of knowledge among its members, among other things by organizing workshops and conferences, something to which I am fully committed.’

Irene Verheijen is specialized in administrative law and the regulated markets. She provides advice in the field of compliance with Dutch and European laws and regulations, with a focus on regulation in the food industry, the pharmacy industry, the gaming market and healthcare. Irene regularly litigates for or against authorities, in particular against regulators in regulated markets. She furthermore publishes both nationally and internationally, on subjects such as food law.

EFLA is an international non-profit making organisation that seeks to contribute to the development and harmonisation of food law, among other things by organising scientific conferences, worldwide congresses and workshops. Since it was founded in 1973 EFLA’s official seat has been in Brussels.

Legaltree is a law firm with 30 lawyers, all of whom are also partners. Legaltree partners have at least 10 years’ experience and are specialists in their fields of law. Legaltree has offices in Leiden, Amsterdam and Rotterdam. 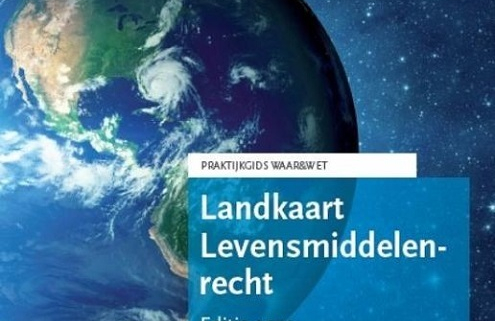