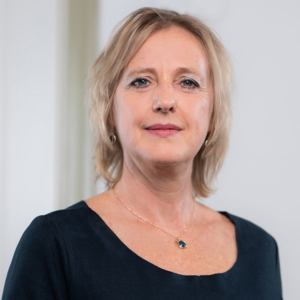 Antoinette Collignon is a specialist in (cross-border) liability and bodily injury cases, product liability, employer liability and international private law. She advises insurers, international loss adjustment agencies, and businesses as well as victims. In international cases, she works closely with law firms of good repute in Europe and the United States. She was one of the founders of the Pan-European Organisation of Personal Injury Lawyers European Association (PEOPIL) founded in 1997, of which she became the first Dutch member and also the first female president from 2009 up to September 2013.

Antoinette is a regular speaker at congresses and seminars. She is affiliated as lecturer, amongst others, at the SDU, Kerckebosch and Magna Charta. She also regularly publishes articles on her specialty. Together with Tamara Novakovski and Carolien van Weering, she makes up the liability law practice of Legaltree.

After graduating, Antoinette joined the law firm, Kienhuis Hoving, at Enschede. She then moved first to Marree & Dijxhoorn then to Beer Advocaten. She has been a partner at Legaltree since October 2010.

Antoinette has entered the following areas of law in the register of the Netherlands Bar Association: